photos of creek near site of St. Louis village site

Iroquois attacked the Wendat (Huron) village site of St. Louis in 1649.  This creek is the likely water supply to that village. 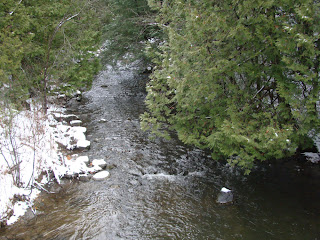 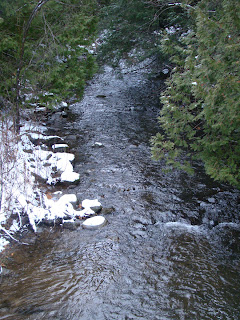 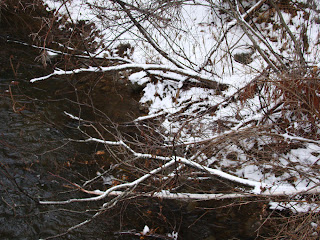 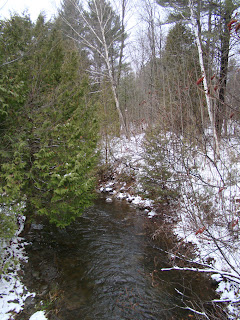 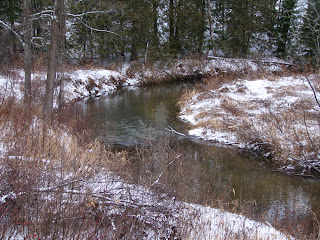 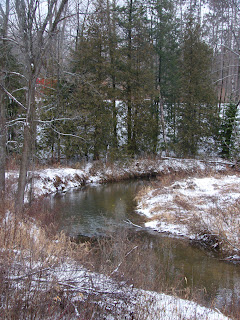 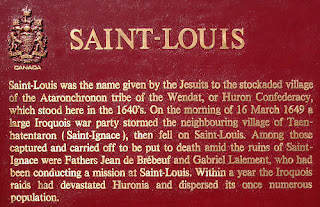 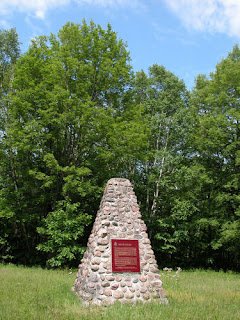 We will be kicking around some fundraising ideas as we head into 2011.


Any suggestions or ideas?

Would you be interested in some Huronia Chapter swag like ball caps, sweat shirts, or tote bags, for example?

From the Back Burner - clues to Champlain's trail to Petunia

Earlier this season I was informed of a development proposal on lot 23 con 4 inTiny township. After review of my database I found nothing existing on this lot but there are sites nearby on;
If anyone knows of other sites in this immediate are please let me know.
These sites are all close to what appears to be Champlain's trail from Tiny twp to the Petun Nation west of the Nottawasaga River in the winter of 1616.
Posted by John Raynor at 9:53 pm No comments:

Email ThisBlogThis!Share to TwitterShare to FacebookShare to Pinterest
Labels: Petun 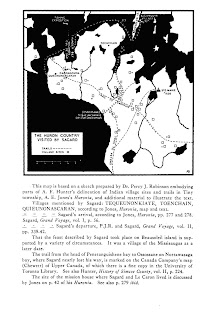 I was asked by Tiny Township if I would be interested in giving input to their trails master plan. As a result of this request I agreed to attempt to plot out for them some of the old Indian trails and perhaps those used by Champlain, Segard and the Jesuits. Other than the narratives in the primary source documents I have little to work with other than a map prepared by A F Hunter in support of his village site report regarding Tiny. There is another map produced by Dr. Percy J. Robinson (see insert) that purportedly uses the work of A F Hunter and A E Jones to trace the routes of Sagard in 1623. While I do not support legend of the Robinson map as to the routes taken by Segard I will attempt to overlay it with the Hunter and Jones maps in order to plot something out for the Township. Eventually, as we become more informed as to the location of the villages of Champlain, we may well find them on these trails and will be able to publish what we may consider as his route through Tiny and hopefully connect this with the rest of the trail he took to the Narrows at Orillia.
Should anyone be aware of other maps that can assist in this project please let me know by was of comment or direct email.
Posted by John Raynor at 3:32 pm 2 comments:

Critique of our poster

As some of you are aware we received a brief critique of the poster Jamie and I presented at the OAS symposium in September titled “A New Candidate for Cahiague” .

This critique is from Prof. Conrad Heidenreich a well respect authority on Champlain who presented his view as to the location of Cahiague at our September chapter meeting.

The critique reads as follows;

“Several people sent me John Raynor and Jamie's poster. I find parts of it bizarre. For example why are the three leagues measured from the strait (Narrows) by them when clearly they were meant to be from Cahiague to the "little lake" (Couchiching) by Champlain? Then they say someone who knows "old French" should retranslate that passage. Well, I can reassure him that it was done by one of the great Canadian specialists of "Middle French," Dr. J. Home Cameron (at the time Head of the U.of T. French Department) and re-examined several times since then as being correct. Their reaction is that of amateurs who feel there is some sort of conspiracy among "professionals" to perpetuate "established" dogma. I can reassure them that in my case I did not accept what Norm Emerson told me until I had proven things to myself, and Bruce Trigger certainly never followed anyone else, least of all me, until he had thought it through himself. I was hired by Emerson in 1966 to do a site survey surrounding the Warminster site and, with Allan Tyyska, to establish the perimeter of the site to see how big it was. We found no other sites larger than Warminster including the Ball site. To me the clincher was that Warminster prooved to be a double village because Cahiague means "it is cut in two." Incidentally the identification of Warminster with Cahiague was made by Margaret (Thomson) Tushingham while she was working for T. F. McIlwraith and later Ken Kidd. She did a surface collection as well. There are of course lots of other things I object to in the poster.”

As to Dr. Heidenreich first comment – Our leagues were measured from the Narrows because on first reading of Champlain’s text “…and passed along the shore of a small lake, (Couchiching) distant from the said village (Cahiague) three leagues, where they make great catches of fish (the Narrows)….. –( See blog post dated Oct 4th 2010 for full text and reference.) it seemed clear to me that the distance referred to by Champlain was to that part of Lake Couchiching were they “make great catches of fish” known today as the Narrows at Orillia. As the Narrows is the only undisputed fixed point of reference we have it seem obvious that one would measure back from there in an effort to determine the vicinity in which to look for Champlain’s Cahiague. It is also obvious that Heidenreich has a different understanding of Champlain’s text and hence we suggested that alternative points of view might be sought regarding the interpretation of Champlain’s statement.

Given Heidenreich’s critique of our process I will prepare a map with measurements taken from the Warminster site to the closest point of Lake Couchiching and review those results against the distance obtained both for a straight line and for the distance that may have been travelled over a less than straight trail.

As to the second highlighted point above, I am not sure how the size of the Warminster site relates to its identification as the Cahiague of Champlain unless all sites between Warminster and Lake Couchiching or the Narrows were tested for size and dating. If this were done and Warminster was the only site that met this criteria then this would be a much stronger point than it appears to be now. To my knowledge few if any sites between Lake Couchiching and the Warminster/Ball site district have received any degree of through examination as to their size or date. The point of our poster was to draw attention to at least one more site that may be worthy of consideration and hence examined to this extent.

Heidenreich goes on to say that the “clincher” to him was that Warminster was found to be a double village and that Cahiague has been translated to mean “it is cut in two”. I am not aware of any reference by Champlain as to the 1615 Cahiague being “cut in two”. Bruce Trigger raises this point in "Aataentsis" on page 304. There is a reference in Sagard however to the Cahiague of 1623 being split in two but this is some 8 years after Champlain’s visit. Another concern that I have with this point is that I believe that this translation of Cahiague was supplied by John Steckley and when I read his text (Words of the Huron pg 142), he clearly states at the bottom of the paragraph where he gives his understanding of the meaning of Cahiague “…I am not absolutely sure that this is how the word should be translated.” I have asked another Wendat linguist to share his understanding of the meaning of the name Cahiague and will share this when it is made available.

I for one welcome the critique of our poster by people like Professor Heidenreich and others for a poster presentation is like any other paper that may be presented for peer review. It is only through the dialog created by peer review that we can hope to refine our thinking when seeking after a better understanding of the truth.

Sometime before the 400th anniversary of Champlain’s arrival in Huronia I would hope that we could have a roundtable discussion with all those involved in this field (amateur and professional alike) with an interest in the location of Cahiague and indeed the other Champlain villages of Huronia in an attempt to come to a conscientious as to their locations based on the best historical and archaeological data of today.
Posted by John Raynor at 3:23 pm 1 comment: 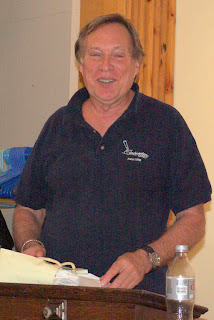 among the points he made:
Baumann site  very different, pottery... high collared pots,  dispersed, internal organization in long houses,  one very long long house,   around one hearth, 300 tiny post holes encircling.  Baumann earlier 1450?
Clark Sykes in 1978 no new excavation just continued Warminster existing trenches.
Dean is doubtful that we will ever know for certain the location of Cahiague.  But it is worthwhile to continue examing sites in the eastern half of Huronia.
Posted by Gibson, William at 9:20 pm No comments: