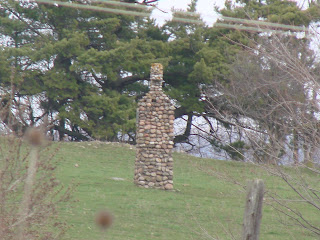 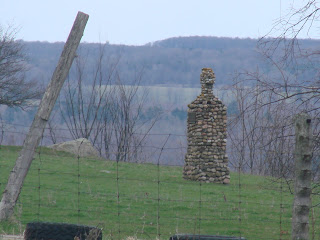 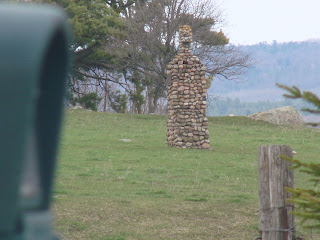 Blog contest rules are on earlier post about the contest.
Posted by John Raynor at 3:29 pm 3 comments:

At our September chapter meeting, new member Janet Turner, past-president of the Mnjikaning Fish Fence Circle, will talk about the Atherley Narrows Fish Weir, which is sometimes just referred to as The Narrows fish weir at Orillia.

Reminder - no chapter meeting in August 2011
Posted by Gibson, William at 8:19 am No comments:

article: Archaeologists and the Big Society and metal detectors

A view of archaeology in the UK with the recession recovery austerity, the evolution of amateurs and professionals - an interesting read.
Posted by Gibson, William at 9:35 am No comments:

When Brulé dipped his paddle into history

Today an article by Patrice Dutil, associate professor of politics and public administration at Ryerson University and president of the Champlain Society, which works to increase public awareness of Canada’s rich store of historical records.

It is interesting that Dutil calls this year the 400th anniversary, I suppose marking it from Etienne talking to Samuel de Champlain back in Quebec. Our chapter marked the 400th based on the date when Brulé came to Huronia, thus 2010. But any effort to mark the importance of this Canadian is absolutely worthwhile.


At any rate, his contention that Brulé is underappreciated and relatively unknown yet is a pivotal figure in Canadian History sadly cannot be disputed.

The article leads with the CW Jeffreys drawing of EB, one known to school children of a certain age.

I think it might be an idea to approach the local arts groups in Midland and Orillia and suggest that their artists might like to take a cradk at imagining in paintings EB (Brulé) and Sam the man (Samuel de Champlain).

A google search for images of these two giants retrievves relatively few images.
Posted by Gibson, William at 10:12 am No comments:

L. to r. Chapter President, John Raynor and Catherine Sutton, York University
Catherine Sutton spoke about Joseph Charles Taché, a 19th century polymath who included in his mass of work, archaeological excavation in Huronia.
Sutton is involved in HARN, Histories of Archaeology Research Network.
She is currently working on a PhD in the Dept. of Anthropology at York University on the archaeological interest in Simcoe County in the nineteenth century.
Taché’s work in Simcoe County was in the period 1859-1864.
He was a doctor, member of parliament, social activist and was interested in vitaculture, which he studied in France, bringing this knowledge to help the burgeoning wine industry in southwest Ontario. He graduated with his medical degree in1849. He was also a novelist writing about the French, English and aboriginals.

Read more »
Posted by Gibson, William at 3:46 pm No comments: