Public domain photo  of paintings from the cave: 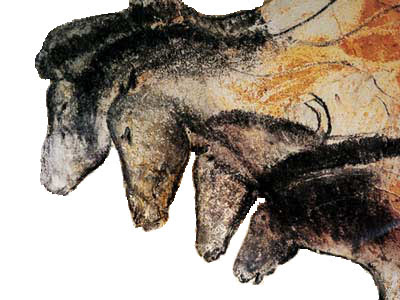 Tightly controlled access to these caves which contain 32,000 year old paintings.
wikipedia article on the Cave

I am going to see if I can catch this film.  It is supposed to open in a range of Canadian cities, but I imagine my best chance will be to see it in Toronto.