Another Ossuary Unearthed in Huronia

Despite the best efforts of CRM companies and the field crews working on their behalf, ossuaries often escape detection until the first bulldozers pulls back the topsoil in preparation for an approved development to proceed.
Such was the case in December of 2011 when an ossuary was uncapped in the Sugarbush subdivision in Oro-Medonte. Should this have been a surprise? No, it should have been expected. The lot on which this accidental discovery was made contains numerous archaeological resources including at least one village site first noted by A F Hunter in his 1903 report on villages in Oro Township as the Walker site on the east 1/2 of lot 3 con 7. He also notes (see #24 of the Oro report) that a looted ossuary exists in the southwest 1/4 of this same lot. In 1969 F Ridley comments on Hunter's site # 24 and the site appears in Ridley's work as the McCarthy site under which name it was subsequently Bordenized. Ridley however makes no mention of the ossuary to the west noted by Hunter some 65 years earlier.

Who Knows Where Toanche Is?

In searching my database I have come across a number of references indicating the speculated location of the Huron/Wendat village of Toanche and or the landing place associated with it and hence the landing place of Champlain in 1615.
The following is the list of these references:

I have a last minute event to share with you. I have listened to Janet Turner speak about the Mnjikaning Fish Weirs, and it is very interesting and I encourage you to attend. Janet is a past President of the Mnjikaning Fish Circle. If you missed her visit to see us in September 2011, this is something that I was told about this morning, and I wanted to share it. (See below for details)

I am posting part of an email received today in response to some of our research on Carhagouha and other Champlain sites. I will follow up re a meeting, probably in the fall as we are booked till August and encourage anyone from the chapter who may wish to pursue this project at the university level to give this serious consideration for at least a couple of papers if not more.

French trade in Huronia from the beginning to the end.

http://www.innisfil.library.on.ca/natives/natives/chp4.htm
The above website will give readers of this blog a quick overview of the trade between the French and the Huron/Wendat initiated by Champlain and solidified during his visit here in 1615-16. 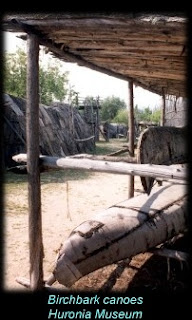 Posted by John Raynor at 6:24 pm No comments: 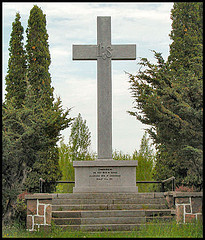 The most common current spelling for this village of Champlain is as used in the title of this post "Carhagouha" however as with almost ever other village name there are numerous alternate spellings found in both primary source documents such as Champlain, Sagard and the Jesuit Relations and still other spellings found in secondary source and scholarly texts.Some of the spellings that I have found so far are:

Read more »
Posted by John Raynor at 2:18 pm No comments:

In follow up to my most recent post on the location of the village of Carhagouha that was visited by Champlain in 1615 I have sought out other locations that historians, archaeologists and others have indicated as possible locations for this historic village.

The following is my list to date and I would be pleased to hear from others if they know of other sites speculated to be that of the Carhagouha of Champlain: