Sept. 13th - Dr Gary Warrick – A Discussion of Carhagouha, site of the first Catholic Mass in Ontario in 1615. 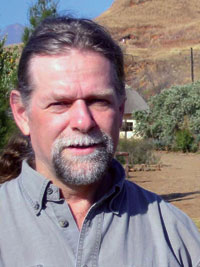 A Population History of the Huron-Petun, A.D. 500-1650 by Gary Warrick – 2008 - reconstructs the population history of the Wendat-Tionontaté (Huron-Petun) people using archaeological, paleodemographic, historical, and epidemiological research. This book argues that the Wendat-Tionontaté occupied southern Ontario for thousands of years and that maize agriculture was gradually adopted by groups who were not experiencing population pressure, but who were simply interested in supplementing their hunting, gathering, and fishing diet with a reliable food that could also be stored to avert winter famine deaths. The book demonstrates that gradual population growth followed the adoption of maize agriculture, but that rapid population growth did not occur until the fourteenth century, encouraged by the colonization of new lands. The book also documents and explains why epidemic diseases of European origin did not occur among the Wendat-Tionontaté and other Native peoples of eastern North America until the 1630s.