taken at Ste. Marie among the Hurons at their First Light event. 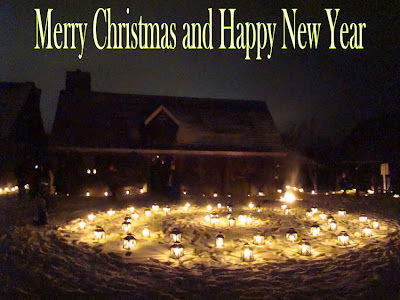 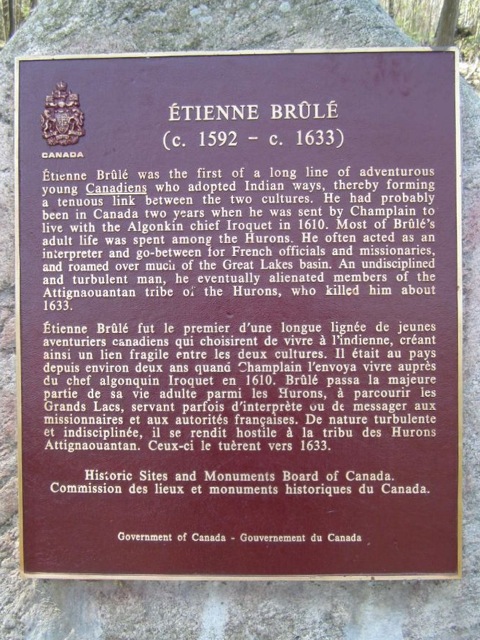 
More than 350 years after his body was dumped in an unmarked grave outside a Huron Indian village near Georgian Bay, a monument to controversial explorer Etienne Brule marks the site of his death.
The historic sites plaque unveiled on Saturday in a little ceremony in Awenda Provincial Park, near Penetang, is far more positive recognition than Brule was accorded in his own time.
Missionaries denounced him as a fornicator and a heathen and refused to bury him with other Christians.
The explorer, who is now more famous than most of his detractors, was the first Frenchman to reach at least three of the Great Lakes, and possibly all five. He was sent to the Huron country in 1610, when he was 18, and paid handsomely by a fur-trading company to learn the language of the Indians so
he could serve as a go-between for traders.

Read more »
Posted by John Raynor at 1:29 am No comments:

The CAA is looking for new photos to update the images on our website. Send pictures from your fieldwork, research, and archaeological travels in Canada to jenniferannbirch@gmail.com. Photos should be high-resolution and include a caption and the name of the photographer. We'll post them on this page, and those with the most likes will form the new banner for our webpage.
Posted by John Raynor at 11:43 pm 1 comment:

Yet another glass bead.

With the careful washing of more artifacts from the Allen tract by chapter members at our AGM and the meticulous sorting by Jamie Hunter (curator of the Huronia Museum) another glass bead was found in amongst the collection of animal bones that had been left out to dry. This is a white tubular bead about 1/2 inch long and will be returned to Laurentian U. where it will be added to the relatively substantial collection of beads recovered during our Public Archaeology Day that was held this past August  in Penetang.


The Ontario Archaeological Society is a registered charitable organization that promotes the ethical practice of archaeology. For regulatory information consult the Ontario Heritage Act.